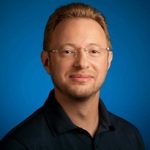 Brian Katz most recently served as the Chief Safety and Security Officer for the Broward County Public School District, the nation’s 6th largest school district. Mr. Katz has provided security consulting and support for Fortune 500 companies and other unique clients.

Mr. Katz has over 20-years of public and private sector experience in the fields of physical security, investigations and executive protection. As Director of Personnel Protective Services at Google, Mr. Katz built Google’s Global Security Investigations and intelligence teams from a single person to an industry leading strategic global organization. Mr. Katz designed and developed the company’s Executive Protection Group, Intelligence Group and the Global Security Operations Center to respond to emergent threats worldwide and managed the company’s Aviation program.

Mr. Katz began his career contracting for the U.S. Government conducting Security and Suitability Investigations for National Security and Public Trust Positions. After that, he joined the U.S. Department of State, Diplomatic Security Service, as a Special Agent. While working as a federal agent, Mr. Katz worked in various domestic and overseas locations including the Middle East, Western and Eastern Europe and South America. Mr. Katz conducted sensitive investigations, provided high-level dignitary protection to visiting foreign leaders, the President of the United States, the U.S. Secretary of State and various others, including the U.S. Ambassador to the United Nations. Mr. Katz also served in the Office of Counterintelligence where he received a Meritorious Honor Award for service.

In 2018, following the tragedy at Marjory Stoneman Douglas High School in Parkland, FL, the Broward County School District worked with nationally recognized school safety experts, the Marjory Stoneman Douglas High School Public Safety Commission and other organizations to seek recommendations for enhancing the District’s safety and security programs. The #1 recommendation was to create a Division of Safety, Security and Emergency Preparedness as a Cabinet-level Chief position within the District and to centralize safety and security under that new Division. A national search was conducted and Mr. Katz was selected to be the District’s first person to hold this position in February 2019.

You will have physical and cyber-related incidents (both major and minor) impact your district. What are you doing to track the work you do every day (drills, policies, procedures) to make sure they are being implemented with fidelity across your district? In this discussion we will look at 3 major events impacting a large school district and the importance of data accountability post incident.

* Case Study of 3 events (Active Assailant , Ransomware, COVID-19) * Participants will leave with a guide to assess their district's current state