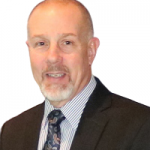 Director of the Center for Mass Violence Response Studies

A 30-year veteran of law enforcement, Dr. Frank Straub currently serves as the Director of the Center for Mass Violence Response Studies at the Police Foundation, where he works on Critical Incident Reviews including the San Bernardino terrorist attack–and the resulting report Bringing Calm to Chaos–and the Orlando Pulse shooting (in progress). Dr. Straub last served as the Chief of the Spokane, Washington, Police Department, where he received national recognition for the major reforms, community policing programs he implemented and significant crime reductions achieved during his tenure.

He holds a Ph.D. in Criminal Justice, from the City University of New York’s Graduate Center, an M.A. in Forensic Psychology from John Jay College of Criminal Justice, and a B.A. in Psychology from St. John’s University. He co-authored a book on performance-based police management and published several articles regarding community policing, police reform, and jail management.