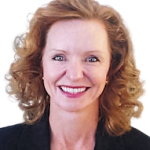 Dr. Laurie Sperry is a  Board Certified Behavior Analyst – Doctoral and Director of Autism Services And Programs in Arvada, Colorado.  She has worked as a developer of the Neuro-diverse Student Support Program at Stanford University, Department of Psychiatry.  Prior to joining Stanford, she was an Assistant Clinical Faculty member at Yale University, Department of Psychiatry and a founding member of Yale’s Autism Forensics Team.  She has participated in global outreach and provided services in Australia, Saudi Arabia, Qatar, Jordan, Africa, Saipan, Singapore and has developed a school for children with Autism Spectrum Disorders in Bangalore, India.

In 2006 she was added to the Fulbright Scholarship’s Senior Specialist Roster for Autism.  She moved to Australia in 2010 and worked at Griffith University in the Department of Arts, Education and Law.  Her research focuses on people with ASD who come in contact with the criminal justice system to ensure their humane treatment within the system.  She has served as a Special Interest Group Chairwoman at the International Meeting for Autism Research (IMFAR) providing mentoring and leadership in the field of criminality and ASD. She has provided training to secure forensic psychiatric facility staff in England and presented at the International Conference for Offenders with Disabilities. She has published numerous articles and was an expert panelist at the American Academy of Psychiatry and Law conference where she spoke on Risk Assessment, Management and ASD. She has completed ADOS evaluations in prisons, has testified as an expert witness in sentencing hearings and has written amicus curiae briefs that have been considered before the state supreme court.

Care Based Risk Assessments for Students with Disabilities