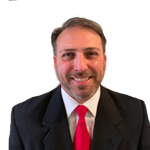 Life-threats profoundly alter cognition – and on the day violence visits your door, nothing else is more important than your preparation. Tweet this

Special Agent, US Department of Justice

Dr. Sean Lawler earned his Doctor of Management Degree within the field of Homeland Security Studies from Colorado Technical University. Dr. Lawler is also a 1992 graduate of the United States Air Force Academy, where he studied engineering, political science, and national security studies, and he is a graduate of Strayer University where he earned a Master of Science Degree in Business Administration. Dr. Lawler’s doctoral research and dissertation study focused upon strategies for the disruption of an active shooter event or terrorist attack upon an American school or church.

Prior to joining DEA, Dr. Lawler was a Major in the US Air Force where he served as a Human Intelligence (HUMINT) Case Officer, a KC-10 Aircraft Commander, a Standardization Instructor Pilot in the T-34C, and a Combat Interrogator. Dr. Lawler is currently an Air Force Academy Liaison Officer (ALO) for the Dallas/Fort Worth area where he conducts interviews of prospective candidates during the Academy’s application process.

Dr. Lawler is a school board member of Bethesda Christian School in Fort Worth. Following the attack at Sandy Hook Elementary School, Bethesda Christian School formed a school security advisory committee—an action whichDr. Lawler had recommended taking two years before the attack occurred. Dr. Lawler was a founding member of this security committee and his recommendations have been a large part of Bethesda’s enhanced security posture. Dr. Lawler regularly conducts academic instruction for these teachers, federal employees, and civilian contract employees, as well as realistic scenario-based training exercises designed to deter, disrupt, and defeat any violent attack upon a school, church, or federal facility.

Research indicated that a large percentage of the general population does not and will not respond effectively during a life-threatening event. However, an understanding of the neurological basis of the brain’s “fight or flight” response provides clues on how to avoid the resultant “freezing” behavior. Instead, a “challenge response” must be developed through the use of scenario-based training.


Participants will learn the neurological response to life threats and how to overcome cognitive obstacles through scenario-based training.