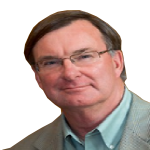 Bobby Kipper is recognized as a national expert and best-selling author in the areas of school and community safety. He currently serves as the executive director of the National Center for Prevention of Community Violence. In addition, he is a school safety and discipline specialist with the Virginia Department of Education. Mr. Kipper served 26 years in police service in Newport News Virginia and was active as a school resource officer and school police supervisor.

Bobby Kipper began his career with the Newport News Police Department in 1977. During his 26-year career, he served in the areas of patrol, investigations, media relations, and as executive assistant to the Chief of Police. Following his decorated 26 years’ service with the department, he served as the director of Virginia’s Gang Reduction Program at the Office of the Attorney General.

His expertise in the area of community and school violence prevention has been recognized by the White House, Congress, and a number of states across America. His best-selling book, “No Colors: 100 Ways to Keep Gangs from Taking Away Our Communities,” has been instrumental in developing gang reduction programs in communities across America.

His continued efforts in communities and policing have combined in his newest book released in January 2017. He teamed up with Virginia Tech professor Dr. Scott Geller which implemented Actively Caring for People (AC4P) after the Virginia Tech tragedy to promote healing and create a positive cultural change using behavioral science. Mr. Kipper worked with Dr. Geller to adapt the AC4P concept to law enforcement. This concept became a book; “Actively Caring for People Policing: Building Positive Police/Citizen Relationships.” This book is meant to work with current community policing programs using proven behavioral science methods to cultivate a more positive role in and with their communities.

In addition, he has developed and presented a number of courses with the University of North Florida, Institute of Police Technology and Management; University of Memphis, Mid-South Training Institute; and the International Association of Chiefs of Police in the key areas of prevention and organizational leadership. His current best-selling book, “Performance Driven Thinking,” is serving as a new direction for public safety leadership in America.

Bobby has been awarded with the F.B.I. Director’s Award for the fight against crime in America. In addition, during his police career he was recognized on three separate occasions with the Outstanding Contribution to Law Enforcement Award.